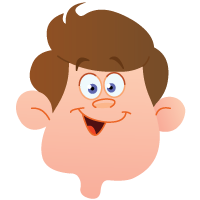 After my sweet little dog became ill, I knew that I needed a really wonderful veterinarian to make things right. I started looking around for a doctor who really understood what we were up against, and I was pleased to find a provider who accepted my insurance and actively worked hard to improve her patients care. It was really incredible to feel the difference that her efforts made, and I wanted to write a blog all about the benefits of working with a great veterinarian. Check out this blog for great information that could help you to protect your pets.

Having your female cat spayed is essential to bein …

Cats are notorious for their mysterious nature. Yo …

Cats are natural climbers and jumpers, so they can …

Whether it's a vacation or some other event that i …

Your dog is most likely considered a part of the f …

"Dog breath" isn't exactly an endearing feature. And -- while this surprises a lot of people -- it isn't actually just something you should expect your dog to have.

If your dog's breath simply reeks, there's a good chance that your pup has gingivitis, a disorder that can be as common in dogs as it is in humans -- and just as difficult to treat. Here are some ways to identify the problem for certain and treat it.

What is gingivitis and how do you know your dog has it?

Gingivitis is an inflammation of the gums around your dog's teeth. It's generally caused by dental plaque and bacteria, just like in humans. In the earliest stages, your dog's gums may just seem a little puffy and tender.

As the situation worsens, you may notice bleeding gums (watch those chew toys for signs of bleeding gums, because that's often where you'll see the blood), difficulty chewing harder food, a lot of yellow tartar on your dog's teeth and bad breath that just doesn't seem to get better.

When the disease gets really advanced, you may see pus coming from your dog's gums, loose teeth and even worse breath -- the kind that makes you hold your own while you're examining your dog's mouth.

How can you treat the gingivitis in the easiest and least expensive way possible?

The answer to that question depends a lot on the extent of the problem and your ability to handle canine dental care easily.

For many people, handling a pet's dental care is difficult. Ideally, you can avoid the whole problem by training your dog as a puppy to tolerate tooth brushing. Then, make sure that you make it part of your regular grooming routine. There are some home remedies that people use to prevent the condition from forming or speed healing, including applying Peridex or myrrh mixed with distilled water to a dog's gums with a cotton swab.

If you aren't up to the task -- which can be physically demanding even with a puppy -- you need to schedule your dog for regular cleanings with your vet at a place like the Coastal Carolina Animal Hospital. There's honestly no consensus on how often that needs to be, but once a year at check-up time makes the most sense. If your dog suddenly develops "dog breath" that's disturbing, get your pup in earlier for an exam.

What if you didn't start treating your dog when he or she was still a puppy?

If your dog is a chihuahua and the disease is in its early stages, you can probably plop him in your lap and handle the repeated treatments necessary to get all the plaque cleared away. You essentially have to brush your dog's teeth and floss between any molars until you're sure that all the plaque is gone.

You'll need to follow-up with the treatment as often as necessary to keep the condition from returning. Many people use a little calendula lotion or vitamin C to help their dogs heal from the start of any infections or to reduce soreness in gums that aren't used to being brushed.

Realistically, you may not find the process as easy to handle with a bulldog that's not keen on having his or her teeth brushed. If that's the case, it's time to turn to a professional.

And, no matter what size dog you have, if your dog has already progressed to a more serious stage of the disease where teeth are loose or there are visible open sores on his or her gums, you need professional care. Your dog may need to be put under anesthesia in order to have the major cleaning done.

Follow-up care can often be done at home, with regular checkups until the gingivitis has completely healed. Prices can vary quite a bit from clinic to clinic, so call around to ask for details -- but expect to budget about $300 for a younger dog and around $425 for an older dog (who may need additional care or testing).

For more information, talk to a vet near you.